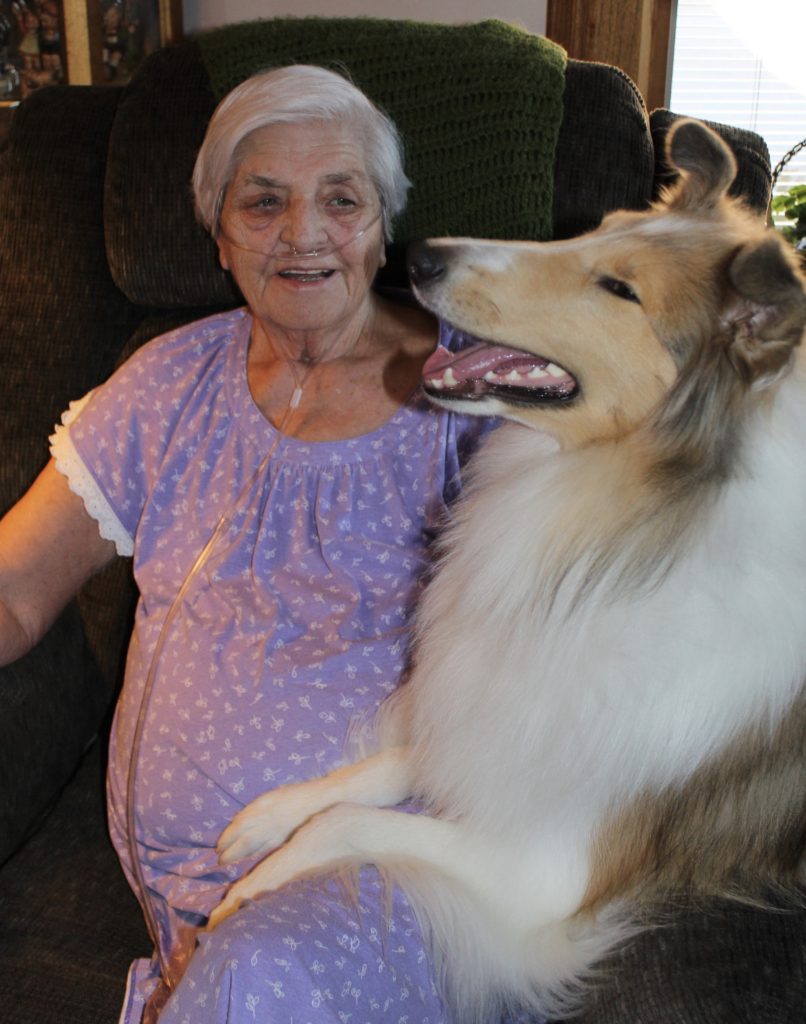 Unwittingly, we make friends through Alzheimer’s and dementia. If you are like me, you most likely know someone with Alzheimer’s disease or another form of dementia. Some 5 million people in America are currently facing age-related dementia, and Alzheimer’s is the number one form of dementia that clouds a person’s memory, thinking, and behavior. My eighty-three-year-old neighbor, Ilse, is one of these dear ones with a beautiful mind that just doesn’t always cooperate as she’d like. My eighty-one-year-old friend, Ben, is another.

November is National Alzheimer’s Disease Awareness Month and I’d like to lend support to the millions out there diagnosed with cognitive decline and support for their families and caregivers.

Dementia has a way of muddling the brain’s communication pathways, leaving a person drifting in and out of a mental fog. Dementia is unpredictable and sometimes unfriendly. One hour you’re laughing and reminiscing, and the next you’re glum and refusing to take a shower.

I write about senior issues, including dementia and Alzheimer’s disease, for my at-home caregiving client Right at Home. I invite you to read an article wrote about what we learned from President Ronald Reagan’s Alzheimer’s disease and British Prime Minister Margaret Thatcher’s vascular dementia. Although their brain disorders eventually narrowed their center-stage careers to home seclusion, The Great Communicator and the Iron Lady will remain indelibly strong in the world’s collective memory.

It’s one thing to write about dementia patients like President Reagan and Baroness Thatcher that I will never meet, it’s quite another to personally know friends enduring a brain condition that will not ease up. One day Ilse and Ben are quite lucid, the next day not so much.

Ilse lost her husband in February 2016, and her daughter and son-in-law now live with Ilse as full-time caregivers. They are just six houses down, and my collie, Ayrabelle, and I stop by for regular visits. We’re now more than waving “hi, there,” neighbors. We’re friends. We’re extended family. 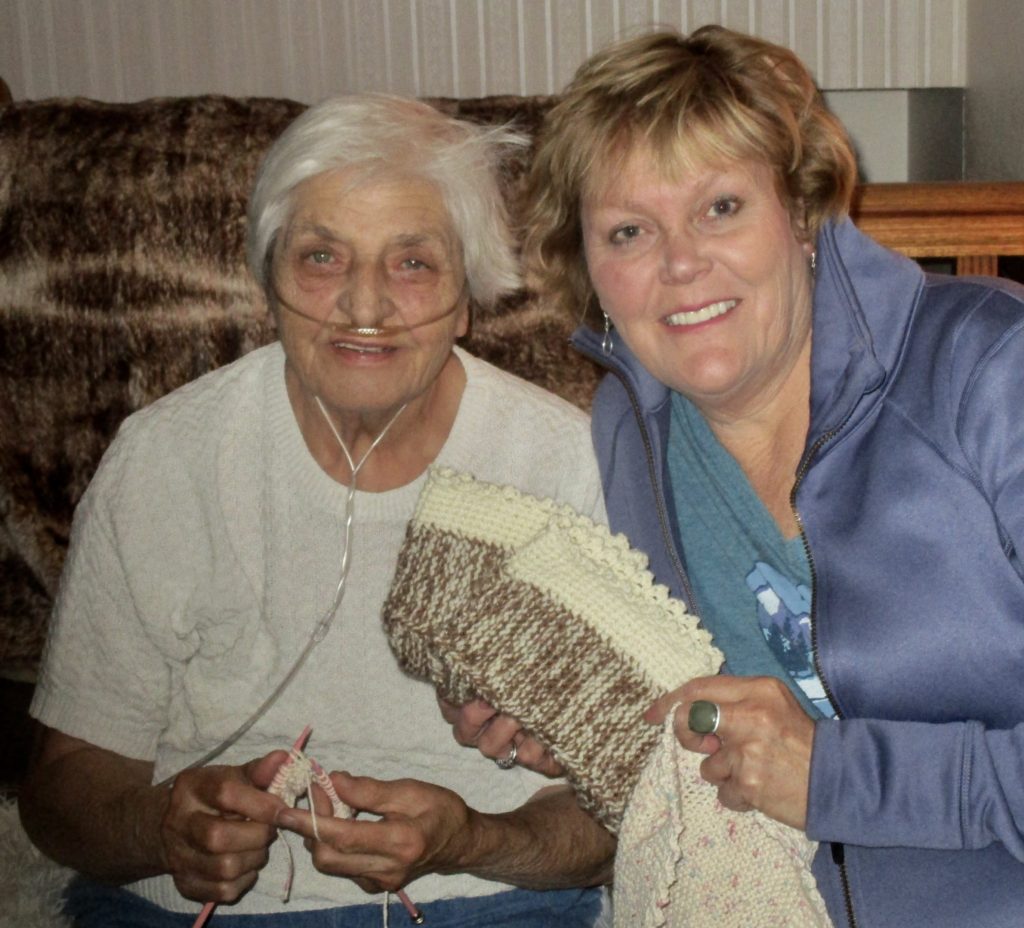 On Ilse’s upbeat days she sits for hours crocheting kitchen towels and dish cloths. She’s currently working on a pair of cozy slippers for me. You see, people with dementia are typically still there, you just have to connect with what they enjoy doing, what they remember, what they find amusing (like Ilse laughing hysterically at the Three Stooges and episodes of The Golden Girls.)

When Bellie and I visit Ben at his memory care unit in the gorgeous foothills of Colorado Springs, Ben’s deep blue eyes always twinkle. He loves to pet my doggie girl and reminisce about the pets he’s had over the years. Ben is also quick to accept his favorite Hershey’s®chocolate bar, and he loves a wheelchair excursion to the care center’s ice cream parlor. Ice cream has a way of helping us all feel magically better, at least for a few refreshing moments.

Dementia may cloud the mind, but not the heart. Ilse is still my fun-loving neighbor, and I look forward to hearing more stories about her growing up in Germany during Hitler’s mayhem and moving to America and becoming an expert baker. Ben is still my kind-soul friend who warmly converses with his rich Texas drawl. He still adores his wife and is so proud of being able to attend his daughter’s recent wedding. 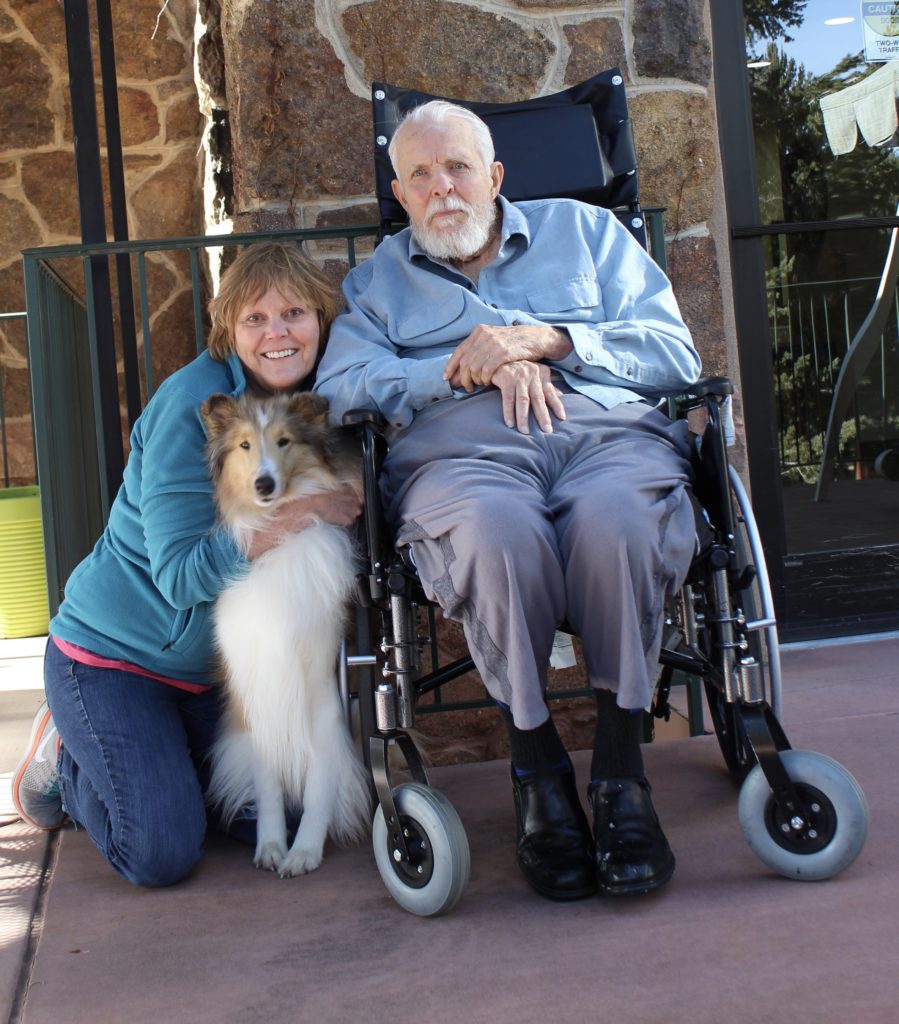 I cherish when my friends with dementia recognize me and are present in the moment. Even if none of us know when and how long these endearing moments will last. Perhaps there is an unexpected gift in the gradual fading of one’s mind: slowing down to notice the simple joys in each day as it unfolds. The smiles. The dog pats. The TV shows. The ice cream. The crochet stitch that builds upon another to create beauty in the fog.