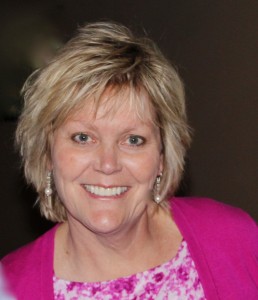 Hometown population: 100ish.
Odds of you getting my last name correct: 0 (it’s said Lee-ders).
Caf or Decaf: Decaf or look out!
Ink or No ink: On the page, not my skin.
Underdog or hero: The underdog. It’s always about a dog for me.
Gone looking for a prostitute? Yes. To interview!
Held at knife point: Unfortunately, yes. But lived to write about it.
Scared of: Escalator “teeth.”
Intriguing quests: Searches epitaphs on vintage tombstones.
Fun quirks: Spunky impersonations.

My journalistic work has garnered five top Evangelical Press Association Awards, including an award for investigative reporting on the plight of radiation-poisoned Byelorussian children and at-risk prostitutes in the Philippines. I excel at investigative reporting and journalistic writing and have interviewed thousands of people throughout the world. The founder and director of MacBeth Communications, I’ve covered a number of more edgy and sensitive stories on topics such as: addictions, suicide, homosexuality, Christians with HIV/AIDS, and dying and death. A former editor and writer for Cru, I later helped NavPress launch Clarity women’s magazine. I speak about my travels, work, and spiritual journey, and I’m trained as a volunteer counselor and support group leader.

Village life When I was growing up in our southeast Nebraska farming community, we hovered around 175 people. Today the population is more like 100—including dogs and cats. Yes, there are more people in line for the women’s bathroom at the game than in my entire hometown.

Decaf only! At coffee shops, my friends implore baristas, “Pl-E-E-E-E-E-se give her decaf. Beth is wired enough!” Or as one of friend’s 14-year-old daughter blurted out about me, “You know, you’re kind of hyper . . . just saying.” I prefer the descriptions: animated, lively, soulful, energetic and upbeat . . . just saying.