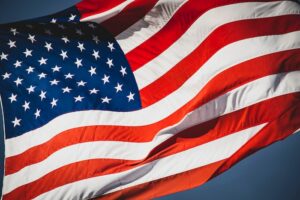 What if you were asked to deny you are an American or someone who lives in America? That may sound strange to you, but it has happened to me. With the Fourth of July and celebrating America’s freedoms this holiday weekend, I thought I’d encourage us all not to take America the Beautiful for granted.

Back in the early 90s, I traveled on magazine assignments to the former Soviet Union and Eastern Europe. One local tour host advised the Americans in our group, “Now look around in the airport. We can always spot the Americans. They are so noisy and always talking and laughing. In some places we travel on this trip, I will need you to not act like an American and just be silent.”

Of course, if you’ve met me, you know I can be delightfully expressive, so this was a challenge I vowed not to mess up. J When necessary, I determined to act like I was not an American. Well, I’d at least gain the stoic look and quiet demeanor of most of the Europeans around me. This fake identity proved fortuitous.

Not long after the directive to become “un-American,” I learned the practical importance. In the still Soviet-controlled Russia and Belarus, our group needed to work more incognito and out of the direct observation of the KGB secret police. Sure, eyes were on us, but if we blended into the somber-faced crowds, we were less likely to be singled out for interrogations. Sh-h-h…mum’s the word. Or, as Sgt. Schultz says on Hogan’s Heroes, “I see nuth-h-hing. I hear nuth-h-hing. I say nuth-h-hing.”

On the final leg of my Europe trip, I planned to see personal friends in Hungary and Germany. At this point, I needed to travel alone to these countries and then back to the States. Not acting like an American truly kept me safe from anyone wanting to accost me. I clearly remember standing in Munich’s central square in Munich while a protest rally was roaring to high volume.

My American friend who had lived in Germany for years leaned toward me and whispered, “Don’t say a word. We do not want them to know we are Americans.” Turns out the protest rally was against America for getting involved in the 1991 Gulf War. The last thing we two American women needed was to get caught in protest violence and be injured or jailed.

Proud to Be American

Having encountered these kinds of un-American experiences overseas, maybe that’s why I am extra proud to be American and living in the land of the free and the brave. So this weekend, you may just hear me halfway across the country singing along loudly to Lee Greenwood’s “God Bless the U.S.A.” or the classic “Star-Spangled Banner.”

On July 4th, Sgt. Schultz can forget his comments. Any anti-American protesters can take a hike. There will be no sh-h-h-hushing me as a proud American. Wanna join me?