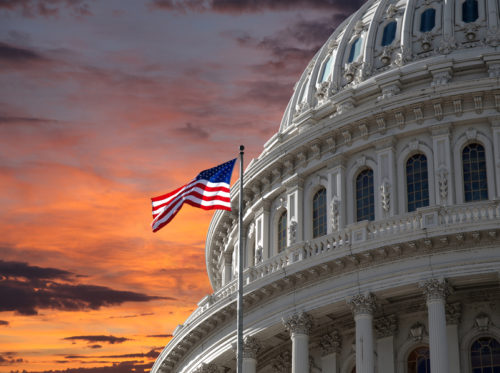 Brian’s story is part of a three-part tribute to those killed and injured in the 9/11 attacks.

Tuesday morning September 11, 2001, Lt. Col. Brian Birdwell sits stunned in his boss’s office, watching televised images of a second hijacked airplane slamming into New York City’s World Trade Center. The army officer has no idea that minutes later madmen will ram a Boeing 757 into the Pentagon, just three windows away from his office. At 9:40 a.m. Brian steps out of the men’s room and heads down the hallway back to his desk. Suddenly a thunderous explosion hurls him to the floor. A churning fireball and thick, acrid smoke engulf the dazed officer. His body is on fire. Brian can’t get to his feet. He agonizes that he will never again see his wife, Mel, and his twelve-year-old son, Matthew. Brian screams, “Jesus, I’m coming to see you!” The officer closes his eyes and waits for death to free him from the immense pain..

In their Virginia home not far from the smoldering Pentagon, Mel Birdwell and her son, Matthew, sit mesmerized, watching ghastly footage of monstrous flames and smoke billow from the crumbling Pentagon. “I knew right away Brian’s office could not have survived that impact,” Mel says, recalling the agonizing TV footage.

Mom and son tearfully pray together for Brian, hoping that he was out of his office at the time of the crash. Matthew then hollers, punches a wall, and storms outside for a walk. Mel calls a friend to come over and be with her. The waiting is just beginning.

Collapsed on the floor amid debris, Brian squints into the smoky darkness. He prays, asking God to take care of Mel and Matthew. The Gulf War veteran can no longer feel the flames scorching his body. He expects his life to end any second.

But then come the drops of water. Plop, plunk . . . plop, plunk . . . plop, plunk. In his struggle to escape the inferno, Brian fell under an overhead fire sprinkler. The cooling relief trickles over his charred wounds. Staying flat on the floor to avoid the choking smoke above him, Brian peers down the hallway. Gaining a sense of direction, the severely wounded officer strains to his feet and stumbles a few yards before collapsing at the feet of a fellow officer looking for survivors. Pentagon workers carry Brian to safety outside.

“I saw at least four other people being treated at the triage site,” Brian recalls later. “But I was the first one taken away, so that told me that I was in pretty bad shape.” Most of the 189 dead never even made it to triage.

Nearly an hour and half later, Mel receives a phone call informing her that Brian is alive. A friend stays with Matthew while a neighbor drives Mel to the Georgetown hospital where Brian was admitted. But chaos and blocked roads hold traffic to a crawl. Finding the Francis Scott Key Bridge closed, Mel bolts from the car to run across the 1.6-mile span. “About halfway across the bridge, I stopped and looked toward the Pentagon,” Mel says. “Seeing the smoke just spewing out of it was the most horrific, overwhelming sight.”

Mel runs frantically almost a mile and half before flagging down a police officer who drives her the rest of the way to the hospital. Triage nurses update Mel about her husband’s dire condition. Flames seared more than 60 percent of Brian’s body—his hands, arms, face, ears, legs, and back. Nearly half of the burns were third-degree, the rest second-degree. Inhaled toxic smoke scorched the lining of his lungs. For days Brian hovers between life and death.

Gradually Brian begins breathing without a ventilator, just a few minutes at a time, to exercise his weakened lungs—baby steps for the once-fit soldier. A ravaging staph infection gnaws away at the remaining flesh on both arms. Brian endures excruciating chlorine-and-iodine baths in which nurses scrub away dangling layers of decayed skin. More than thirty surgeries are necessary to cleanse wounds, graft on fresh skin, and reconstruct his ears. The twelve weeks of in-patient hospital care are the longest of Brian’s then forty years.

Even when those bleakest days were behind him, the Texas native still faced nearly a year of physical therapy to regain his strength and mobility. Yet the Pentagon hero did not focus on what he lost in the attack, but what he gained.

“My living through all this is one of God’s many miracles,” Brian says. “This testing by fire, so to speak, has strengthened our marriage and faith. My priorities of Mel, Matt, and the army have not changed; I’ve just learned to relish and appreciate these priorities more readily.”

Trust in a God who sees everything buoys the Birdwell’s hope. “There’s nothing in life that hasn’t either been sifted by the Lord or he’s carrying you through. You can see the hand of the Lord in so many things from September 11 that just didn’t happen because of chance, luck, or fate,” Brian explained. “That includes the number of people who could have been killed that day to the towers collapsing straight down instead of crumbling over.

“That’s also everything from my surviving the blast and the concussion and not being unconscious to the sprinkler system going off. It’s also my being the one burn victim to make it to the Georgetown hospital, where doctors trained in burn treatment just happened to be on duty. You cannot look at September 11 and all the events that led to my survival and view them as random acts. Man does not view the events of September 11 in an omnipotent way like God does.”

God saw the terrorist suicide assailants board American Airlines Flight 77 that September morning. God saw these mass murderers commandeer the Los Angeles-bound plane and veer it toward the Pentagon. God saw each individual at work in the corridors of the Pentagon building. God saw Brian drop to the floor under the sprinklers.

God saw a family and a country draw together in a time of unprecedented personal and national tragedy. God saw every second of September 11, 2001, just as he sees every second of this day. Nothing about our lives right now or on the years to come escape his notice. God sees it all. And even if it doesn’t always feel like it, he is working behind the scenes on our behalf. Always.