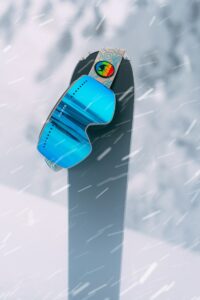 So when is losing really winning? Here our world goes again, beating up on another already beleaguered sports champion, an Olympian gold medalist. This time instead of rock star gymnast Simone Biles being battered by the media and fans everywhere, it’s Olympic Alpine skier Mikaela Shiffron.

Please . . . stop the madness. Granted everyone thought at the Beijing Olympics Mikaela would best her two-time gold medalist achievements. After all, the 26-year-old phenom arrived at the 2022 Winter Games as one of the brightest Olympian stars . . . ever.

A Rough Couple of Weeks

In the 2014 Sochi Games at age 18, Mikaela won the slalom followed by her next gold in the giant slalom at the 2018 Pyeongchang Olympics along with a silver in the combined. Mikaela is the youngest slalom champion in Olympic Alpine skiing history. The elite athlete from Vail, Colorado, owns six world championship golds and three overall World Cup titles. She is currently leading the world standings.

So shouldn’t we cut the exceptional athlete some slack? Arghh@##@!!! don’t get me going. (Well, I am going for the sake of this post.) What is wrong with people when it comes to holding others to some perfectionist standard? Can’t a girl have a rough day or even a rough couple of weeks?

The standout skier has never faced such a string of mishaps in her stellar career. So far in Beijing she’s earned “Did Not Finish” (DNF) in three events: giant slalom, slalom and combined—she missed a gate near the top in all three. She finished ninth in the super-G and 18th in the downhill. Now, it’s as if the critics have sewn a large scarlet DNF across Mikaela’s ski jacket. Hester Prynne you can relate

I admit I’ve been disappointed that Mikaela has not fared the best at these Olympics, but not a disappointment that leads to bashing and belittling. I’m disappointed for her because of all the grueling training she’s put in for years and probably two decades.

Let me ask this: have you ever stood at the top of a 14,000-plus mountain on two slender, wood-fiberglass skis and dared to launch down that slope? Once on a ski story assignment, I stood at the summit in snow boots and my stomach wanted to curl into a snowball. Holy guacamole those mountainside angles are steep!! I’m talking zooming down a mountain at normal ski speed is frightening enough, but going 100+ miles per hour?? To me, it’s a herculean feat just to even try skiing down a mountain at 5 mph.

So should any of us be disappointed in Mikaela’s Beijing performance? What about being determined instead of disappointed? Determined to stand with her against the cruel assaults hurled her way. Here are just a few that Mikaela shared on Twitter after she failed to finish yesterday:

What wise words from a woman burned by the sizzling glare of the international spotlight. Just get up. It’s not the end of the world fail. I already knew Mikaela was my kind of home-planet bud when she wrote after going out of bounds after only five seconds in her second Beijing Olympic run: “But it won’t feel awful forever.”

We Can Just Get Up

Coming up short. Missing your gate. Going out of bounds. Going slower than expected. However you want to phrase not reaching your highest potential DOES NOT mean you are a loser. It does not mean you didn’t win. In fact, as I wrote in my “Learning How to Lose” post, “learning how to lose is just as valuable—and maybe even more so—than learning how to win.”

And remember: There will always be turkeys grumbling and criticizing—many of them cackling the loudest when they are too lazy or afraid to get in the game themselves.

So what about us? What if we “fail” at something when everyone thought we’d fantastically succeed? What if we disappoint our spouse, our boss, our kids, our coach? What if we don’t complete something or make it to the end goal as expected?

Excerpts from my “Learning How to Lose” Blog:

Learning how to lose is a lesson in bending and coming back from disappointment and a letdown. I love that a few other celebrity athletes add to the mix in learning how to lose. NBA standout Michael Jordon reminds us, “I’ve missed more than 9,000 shots in my career. I’ve lost almost 300 games. Twenty-six times, I’ve been trusted to take the game-winning shot and missed. I’ve failed over and over and over again in my life. And that is why I succeed.”

World-record holder Olympian sprinter Wilma Rudolph shared her counsel on winning and losing. “Winning is great, sure, but if you are really going to do something in life, the secret is learning how to lose. Nobody goes undefeated all the time,” Wilma reasoned. “If you can pick up after a crushing defeat, and go on to win again, you are going to be a champion someday.”

“You learn more from losing than winning.
You learn how to keep going.”
—Morgan Wootten, Hall of Fame high school basketball coach