Whatever Happened to Him? 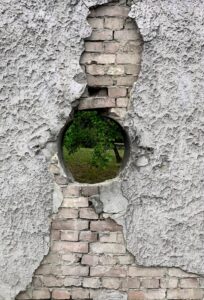 This week with all the turmoil in Afghanistan, I’m wondering about a Shiite Muslim I learned about in 2003. It’s been almost 20 years since Jawad Amer Sayed’s remarkable bend story hit my local newspaper. I was so captivated by Jawad’s survival against Islamic forces that I wrote about his story in the opening to my Two Days Longer book. Today it sounds like thousands of Afghanis are in hiding under similar duress. I hope you are encouraged by Jawad’s inspiring account from Two Days Longer.

Jawad Amer Sayed crouched in the three-foot wide chamber resting his eye against a peephole barely the size of his finger. Peering through this miniscule window, Jawad could see only the inner courtyard of his farmhouse. But for a man holed up in a wall, any view of the outside world is better than staring at his dirt-and-mortar cell.

Most people considered Jawad long dead. He at times, thought the same. Only his mother, younger brother, two sisters, and an aunt knew what happened to Jawad in their Iraqi community one hundred miles southeast of Baghdad.

These files were stored in an underground complex below the headquarters of the Special Security Organization, ruled by Qusay, Saddam’s most trusted son. One room alone in this cavernous vault, the size of two football fields, contained the files for one million critics of the tyrannical regime.

Jawad suspected his file was growing among this massive collection. “Fortunate” insurgents were only burned with cigarettes or raped. Reportedly millions were gruesomely tortured; at least a million Iraqis killed. In 1981 Hussein’s secret police arrested and executed two of Jawad’s friends. Terrified he would be next, Jawad resorted to drastic measures.

Feared for His Life

Instead of exiling like many Dawa members, Jawad condemned himself to solitary confinement in his home—inside a false wall he built between two rooms. The day he saw his friends’ names on the execution list, the twenty-seven-year-old Iraqi retreated to his farm home and built the seven-foot-long cubbyhole overnight.

Jawad dug a well at one end of the compartment and a placed a toilet at the other end. He piled the excavated dirt to shape a terraced living area and built a dirt platform for sitting in the middle of the three-foot wide chamber. He could stand and bathe in the lowest point of the walled cell. A vent to the roof let in fresh air and a pipe drained water outside.

Jawad crawled into his narrow cell through a trap door hidden under a bed. His mother agreed to deliver fruit and vegetables through this opening. The Shitte Muslim huddled inside his dank cubicle and waited.

On April 10, 2003, the day after Saddam Hussein tumbled from power, Jawad Amer Sayed emerged from his homemade crypt. He had only briefly left the cramped tomb twice in all those years to make repairs. During his extreme isolation, all Jawad’s teeth fell out. He stored them in a matchbox. Once taller than his five-foot eight neighbor, Jawad now barely reaches this friend’s nose.

A few weeks into his newfound freedom, with visitors and admirers at his side, the forty-nine year-old Jawad talked of finding work, and maybe, a wife. “I enjoy sleeping outside now,” he said. “Looking at the stars. But, sometimes, I like to go into the wall. It is my second home.”

In reflecting on his twenty-two years of waiting in self-imposed solitary confinement, Jawad explained, “Most of the time, it was very, very quiet. I think only death could be so quiet.” 1

I can’t imagine waiting twenty-two years in hibernation away from communication with others, away from everyday conveniences. Sometimes I struggle to wait twenty-two seconds, let alone twenty-two hours…twenty-two days…twenty-two weeks.

Horrific fear and desperation bulldozed Jawad to his limits. The choice was death or waiting. Jawad chose to wait. Most of us will never face such an extreme period of waiting aloe. Yet when we’re waiting on the God of the universe, even a few seconds can seem like an eternity.

Whatever Happened to Jawad?

Whatever happened to Jawad? I wonder. Is he still alive? Did he have any dental work done to replace his missing teeth? Did he marry? Does he have children? What political party does he follow today? Hearing the recent news of the Taliban takeover in Afghanistan, does Jawad still fear for his own life?

Whatever happened to Jawad? I may never know. But I will always remember his bravery and keep-on-bending endurance. Although I never met Jawad in person, he is one of those individuals who influence will never fade away. Thank you, Jawad, wherever you are. Godspeed.11